The looks-blurry sheen is driven into windrows. This is grease ice, a milky trampoline stretched across the swells, an infant ice-sheet dampening the ripples. It appears diffuse, made of particles too small to see from the deck of the ship, like the timid, dusty glow of the galaxy on the skin of night.

Imagine how ice forms on a rolling ocean. In the beginning, fine grains fall together on the fabric of space-time, accreted crystals knit into an impossibly thin fog—until the fog becomes glaze and eggshell and hard rafts. The salt is pushed into the water. The gross motions of the ocean quell under the weight of the stiffening sheet. If it can survive summers, it can grow, reaching down, collecting snow on top, breaking, sheet riding atop sheet, thickening into great, capsized blocks, great keels steered by the hand of gravity.

In April, the grease ice has no future. The star and this week’s storms will crush winter’s fused sheet, and the refugees will either be collected far north or become meltwater by September. 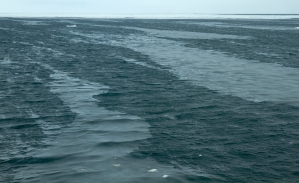 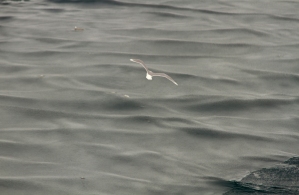 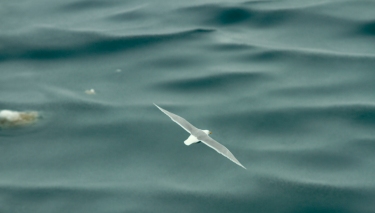 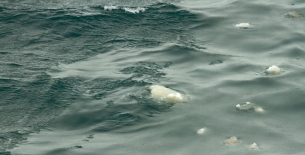 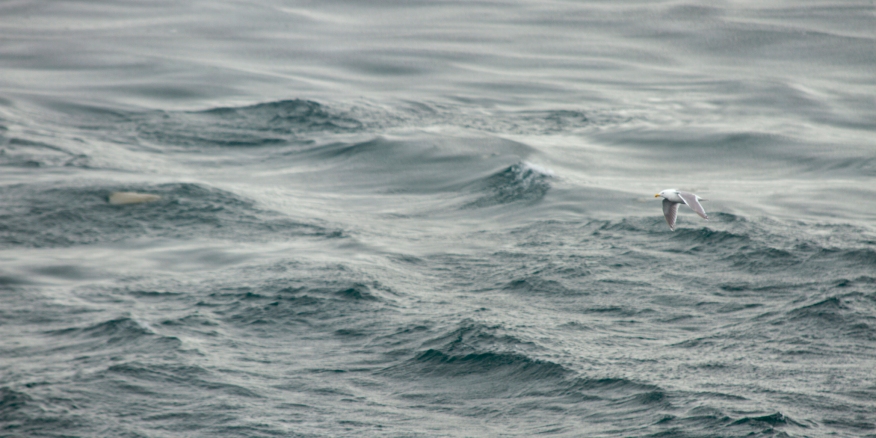 —Thanks to the School of Fisheries and Ocean Sciences, UAF (2015)